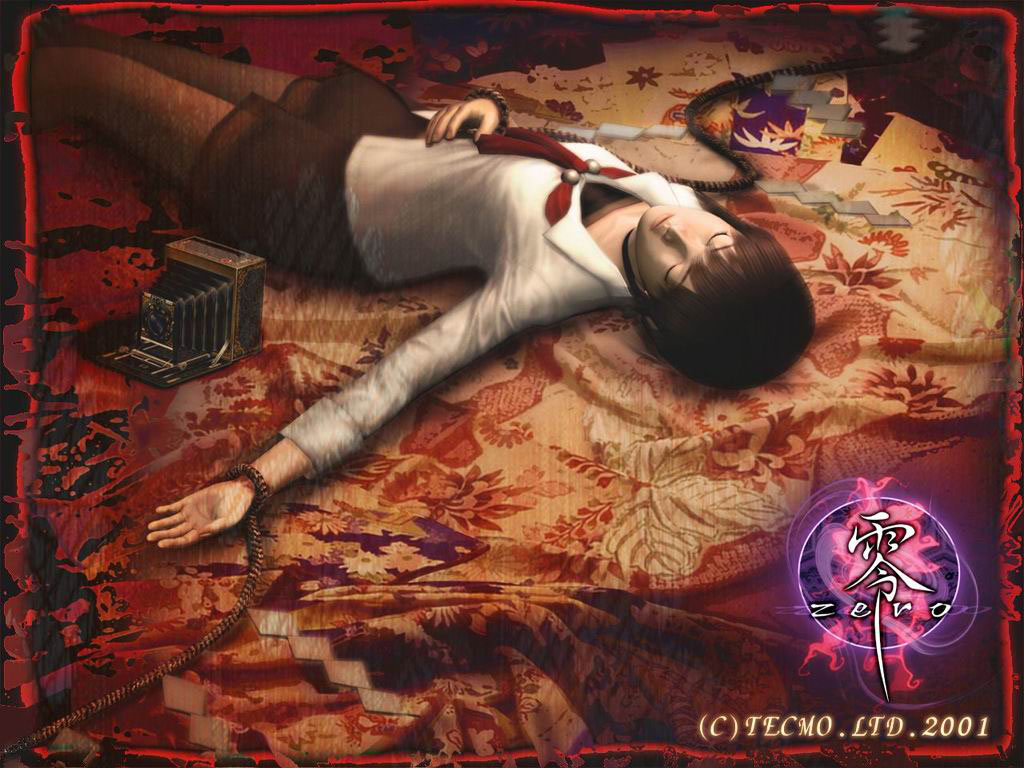 The story of this game, that had its release in 2001, Zero (or Fatal Frame in America, and then Project Zero in EU) lets you follow Miku, a young girl, who armed with only a camera, has to save her brother that disappeared when looking for his friend. The search brings her to an old mansion in the mountain side by a small fishing village, and according to legends, only misfortune has plagued the mountains since the ritual of the rope maiden went horribly wrong.

This game sends you as the player alone into the darkest and moodiest old japanese mansion you can ever imagine, and your only weapon to protect yourself, is an old Camera with the ability to capture ghosts. As you move through the story, you find out more and more of what has happened, and you can even find out small stories about each ghost, as all the enemies has some sort of horrible back story. With lots of well written and paced scraps and notebooks, you find out about the rituals and the stories of the people that have lived there through the years, and with variously well made sound recordings, the mood is set for a night of horror. 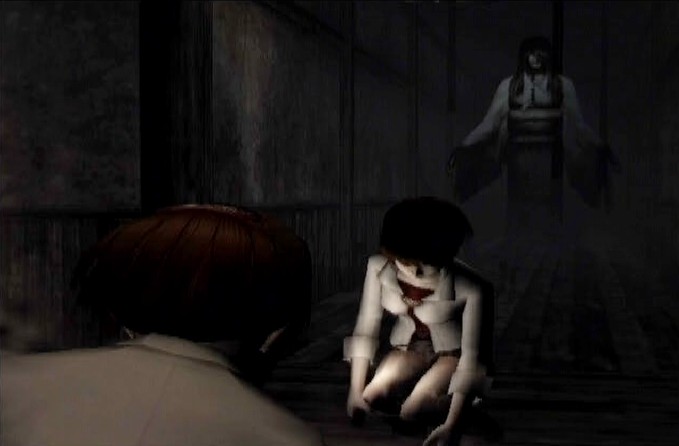 With small scares well paced, and a story that still to this day is horrifying and makes 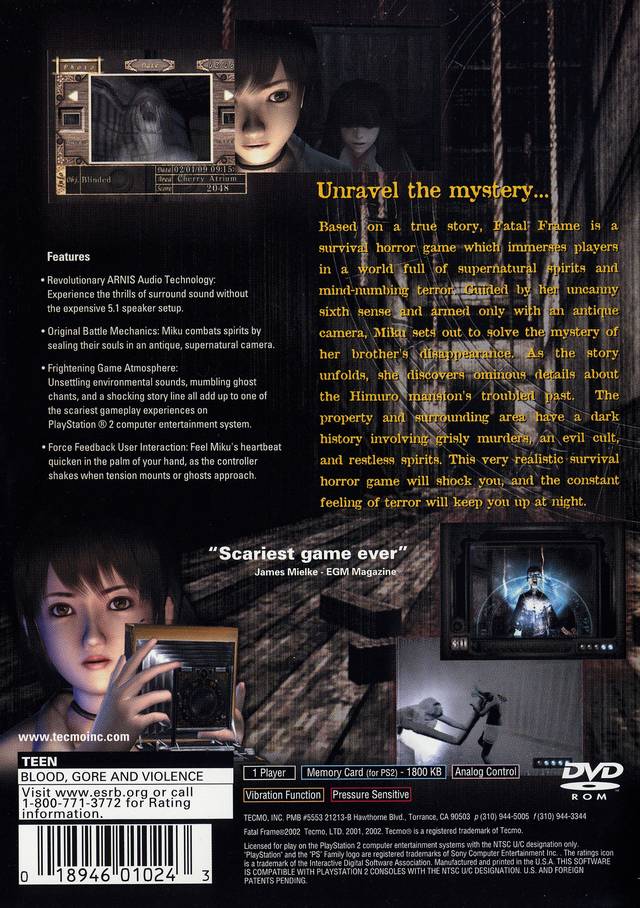 you sit through it to the very end, this game is still a gem to play today. The quality of the game is also still really good, and thanks to the dark setting, you won’t care if some renders might not have lived well through the years since this game came out. Down to the smallest sound cue, this is a gem, and even if the american voice acting is far from the best, it still works. (the voice acting in the 3rd game is a lot better, and gives the last boss battle some real chills!)

While the 2nd and 3rd game has unforgettable music from the singer Tsukiko Amano, this one still has awesome music that sets the mood, and with two possible endings, you are sure to want to do all you can for the happiest possible ending.

Of course, not everyone has a ps2 or xbox, so if you don’t mind watching others play it, there is an amazing lets play by Lotus Prince, that has done four of the games, and he does his best to get everything of the story!


Also, if you want it in the original japanese, GirlGamerGab has done 1-2 and 4-5, with her own translations of the game.


So, no matter how you decide to enjoy these gems, turn off the lights, get something to munch on for the night, and lean back with what I without a doubt feel is the best, and scariest, horror games that has ever been created. And, if you happen to hear a slight ring of a bell, or have the feeling that someone is standing behind you… run.