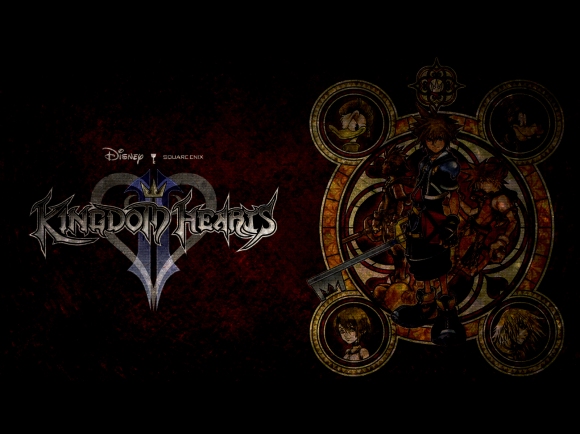 Ok, so what can I say about Kingdom Hearts? While Final Fantasy 7 was the first game I saw that made me understand how awsome games could be, it might be that Kingdom Hearts have had a bigger impact on my teenage mind. I think Square enix were genius with the marketing for this, because what everyone is probably remembering about it, is all the damned waiting!

The first final fantasy game that I bought myself, after I had gotten my own playstation 2 for christmas, was 10, and I played it proudly, but what was really special, was the DVD that followed with. It had the music video for Suteki da ne of Rikki (who is also known from Sound Horizon=)), and then there was trailers for a upcoming game. Kingdom Hearts, a weird hybrid of Disney and Final Fantasy. I think I laughed of the idea

at first, before I saw just who I would meet in the game: Cloud and Squall! You have to remember, this was the time before final fantasy games had continuations! Final Fantasy X-2 and Advent Children had not come out yet, so when a final fantasy game ended, you would have to replay it to see the characters again. But here, we had the promise of more Cloud! And also a lot of other characters we had missed, together with Disney! It was so stupid yet so awsome!

But then came the waiting. I think I watched the trailers over a hundred times while I waited for a year or more. This was before I had internet, so I could just check updates wagely on the net when I were visiting my friend, and I really didn’t know how to find all I wanted at the time. But I waited, and I did more… I looked at each scenes, and at each character, and I decided that I could guess what all this was about, so I wrote Kingdom hearts, or at least what I thought it would be XD.
I had soon written one entire book of what I thought would happen in Kingdom Hearts, and I read the stories to my little brother when he were going to sleep. I knew I had done well when he were either crying or terrified! But at least he was looking forward to Kingdom Hearts as much as me=).

Then, after a lot of waiting, I went to our game store one day, a day before the game were supposed to come, and to my shock, it was there! I got my mom to get me my money and I bought it there, brought it home, and put on the game to surprise my brother as he came home!
We played and played and the game were even more than we had hoped! I can give a hint of how awsome we thought it was: At the time in the game when Sora loses his heart to save Kairi, we had to put on pause, because we were going to one of the Harry Potter movies. We have never felt so pissed at a Harry Potter movie ever! We really didn’t want to go, but had to because my friends were waiting for me. And when we got home my brother had to sleep, and I had to promise both him and my mom to not play before we both came home from school. I were not pleased… -.-

But what hit me with Kingdom Hearts, were that even if I looked forward to it because of the merge of my favorite childhood things, it was the main story that remained with me. Sora, Riku and Kairi grew on me, and in the end, I were more interested in how things would go, would everything end fine? Would Riku 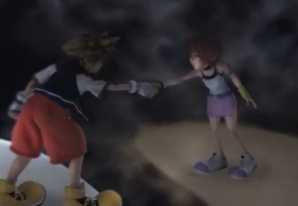 become friends with Sora again, would Kairi wake up, and would Sora be able to become human again? And… who were Ansem, The seeker of darkness really? But fuck that shit! This is Square Enix, and when they want to make you suffer and wait they do their damned best!
Kingdom Hearts ends with a cliffhanger that haunted my generation of gamers, and continued to do so for three years! Three years before the second game came out, and by that time, Square enix created something that would spiral the Kingdom Hearts series merciless into the heart of all fan girls.

O.O this trailer… it blew my mind! And remember, Disney is still in this shit! This turned into a mix of mindfuckery, final fantasy and disney, and they made you accept it all together! I went on forums where people were trying to solve all these puzzles and guess what was happening! This went on for years!

Then a game boy game, named Kingdom Hearts: Chain of memories came out, and I got that, and here it is that the fan girls would get theirs! This started to introduce the villains for Kingdom Hearts, Organization 13! 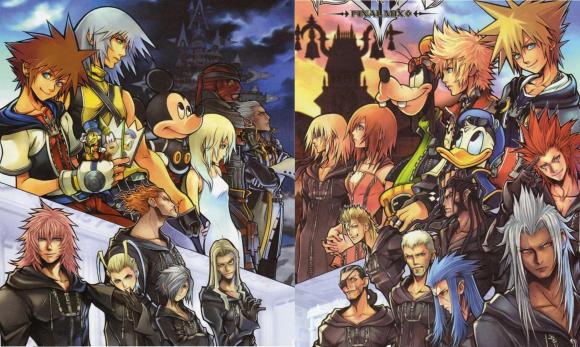 They are a group of black clad men (and women) made up of the empty bodies that has had their hearts stolen, who all search for a way of returning their hearts. And even though they are the bad guys, people loved them! I sat through chain of memories and cried for myself each time I had to kill one of them! I’m just happy I didn’t have to kill Zexion T.T He is so cute.

But kingdom hearts 2 soon ended as well, and it seemed like it would all come to a end this time, as

everything seemed to work out for our heroes. But after the credits it all changes, and also here there was a secret trailer, but not for kingdom hearts 3, but for a prequal game named Kingdom hearts: Birth by sleep, which tells the story of a woman named Aqua, and her friends, who would have a lot to do with both Sora and the Organization in the future!

Then came the newest one, that is sort of like Chain of memories in its time, as it tries to build the bridge between the first and the second game, so dream drop distance probably is what we can expect in 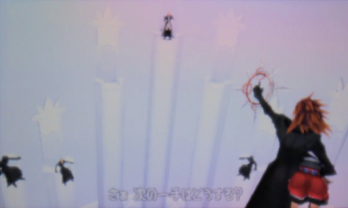 There has been no reason for this blog post, I just wanted to get out my relationship with Kingdom Hearts in words. After all, I think it does define a little of me, and parts of how I can have so sudden moodswings in my writing, I learned from the best ^-^ Testuya Nomura is still my hero, and I hope he will have time to make Kingdom Hearts 3 in the future, but not before I have gotten my own ps3 to play it on=).

(Oh, and those of you who got the post name, I and the superior salutes you!) 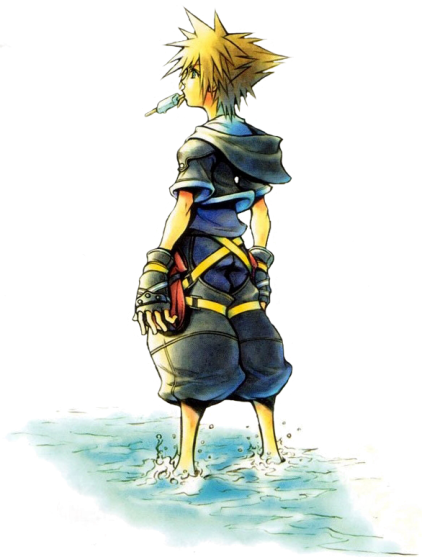 Walking this road, without you.

and meet you at the roads end.

in a world without you.

The dream I see in the world without you.